Here is my niche site income report for March 2021.

Let’s get straight into it!

This was quite some job and I still have a lot to do, but I am really happy with the progress so far.

It looks so much better and I believe it will help boost conversions and traffic once all the content has been updated and optimised.

I am also pleased to say that instead of applying for Google Adwords, I managed to apply for Ezoic.

I have successfully integrated my site, but I’m still going through one of their courses which needs to be passed before they accept the site and allow me to display ads on there.

I’m quite optimistic though and looking forward to seeing how that pans out once I have ads on the site.

One thing I didn’t get round to was planning any new content. The reason for this is because of the shear amount of work that’s needed to update the current content.

It is so outdated!

If fact, as you’ll see in my update with niche site #2, it prevented me from being able to focus much of my time on the other site because there was so much to do.

Pretty much every image needed to be removed because they weren’t using the Amazon API and I have no way of knowing where the other images were from and if they are royalty free or not.

Then there’s broken links, outdated Amazon products, and the internal linking structure is a mess with no logic to it.

The only reason I haven’t completely scraped this site is because it is getting some traffic and generating income.

If it wasn’t, I don’t know if I would have the patients to continue with it and just start a new site instead.

For now, I’ll keep going as I’m making progress and I think it has good potential.

Traffic is up in March, but then there were three extra days in March. As long as traffic isn’t declining, I’m happy.

My initial thoughts with this site was to start adding more content after the redesign, but I’ve changed my mind.

I’m going to continue updating the content that’s already on the site.

As it stands, there are 49 published articles and a total of 154,770 words of content. That’s an average of 3,159 words per article which it a crazy amount of content.

I think I can better utilise this content with on-page SEO, better copy to keep people on the page and convert more visitors.

This is what I’ll be focusing on with this site in April. I’ll also use Serprobot to track all my keywords so I know how well the search results are improving as I optimise content.

Other than that, I’ll get the Ezioc ads in place asap.

Wins for niche site #2 are quite similar to site #1 in the sense that I revamped the look and removed a lot of content.

There were nine posts published and after going through them, I was left with two.

The design is fairly basic so it didn’t take me too long to change some settings in the theme.

I have also changed the direction of the site and I am really happy with it’s new positioning. This is something I’m quite interested about and I ended up doing a lot of research on the topic to get an idea of what I can write about.

I have a lot of content ideas planned for the site that I think I can crank out pretty quickly.

One new article was published and it is already showing on the third page of Google.

So this site now has three articles published, two from previously which have been updated and one new one.

A big drawback was that I only published one new article.

As I mentioned ealier, most of my content creation (or fixing) efforts was spent on niche site #1.

I’m expecting this to change for the month of April as the initial set up is complete, all that I need to focus on is adding new articles.

As you might guess and as this site is practically brand new, income for March was zero.

Traffic in March is exactly the same as February, but as there were more days in March so technically the numbers are a bit lower.

Obviously 14 sessions isn’t anything worth sharing, but I think it’s important to share these numbers no matter how low, for those of you who are completely new to this will probably find it valuable.

It’ll also be interesting to see where these numbers are once there’s a decent amount of content on the site.

The only focus for site #2 this month is to add content. I’ll aim to publish 5-10 pieces. These will be thoroughly researched, optimised, and writen by me.

I’m only creating commercial content to start with, at least for the first 10-15 posts and then I’ll start writing informative articles.

One thing I would definitely like to try is the shotgun skyscrapper technique. I’ve never done any link building on a site before, except reaching out to people I mention in the post, and I’d like to learn the process of a big outreach campaign.

I’m not sure if I’ll do this in April or leave it until next month, once I’ve got a bit more relevent content on the site and articles I can link to from the Skyscraper article.

That’s it for this niche site update. Not much change in terms of traffic or income growth, but it’s always a slow start in the beginning.

Tune in for next months update to see how things are going.

Get one-to-one direct help from me to take your niche site or blog to the next level. 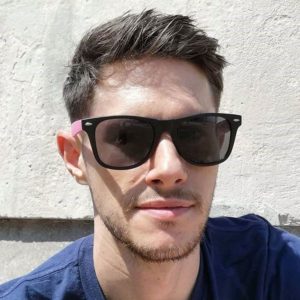 I want to help you build a better website so you can grow your online business, focus on your creativity, and achieve more freedom.